A STABLE property market, tax reforms, a large supply of land for sale and a low dollar is making southern Australia a prime location for property investment, business experts say. 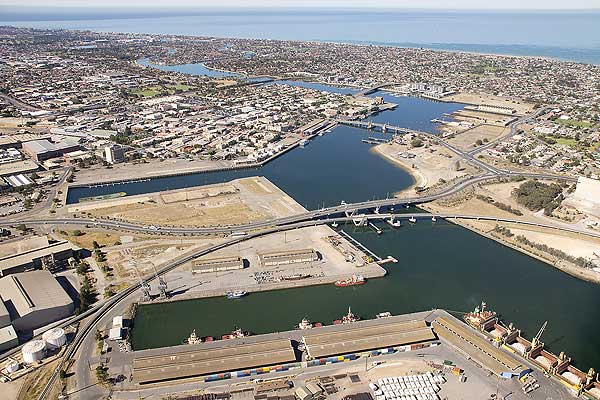 A major Australian city is in the midst of a huge public land sell off including prime harbourside sites and properties in inner-city suburbs.

The South Australian Government is offering the land across about 20 sites in its capital city, Adelaide, as it looks for ways to woo private investment to kick-start the ailing economy, replenish its coffers and halt rising unemployment. Flinders University Business School Professor in Finance Sarath Delpachitra said there were substantial bargains to be made for foreign investors in South Australia compared to cities in the eastern states  – particularly Melbourne and Sydney – where the property market was at its peak and would not make prolonged returns for property investors.

The economic issues such as the winding down of manufacturing in South Australia, the closing of power stations and a downturn in mining had created negative investor sentiments and acted as potential barriers to investment. “It gives an indication that the state is struggling but that shouldn’t be the case for commercial and residential investors. This should be the best time for investment in South Australia because the normal theme is ‘buy at low and sell at high’ and we are going through a difficult period,” Prof Delpachitra said.

“Despite a slowdown in the Chinese economy, there are signs of recovery in the mining sector and when that happens South Australia will be the real place to reap the benefits of investment compared to Victoria or New South Wales.” Prof Delpachitra, who is also the managing editor of applied economics journal Australian Economic Papers said the low Australian dollar and the chance to invest in a stable market by global standards made South Australia a potentially high return state for foreign investors.

About 130ha of city and suburban Adelaide land is for sale or about to be released to market including three former hospitals, four former schools, 40ha of harbor-side land and a handful of greenfield sites. In the CBD, four shortlisted master developers for the Royal Adelaide have been announced for the 7ha Royal Adelaide Hospital site, which is being replaced by a state-of-the art new hospital about 1km down the road. Among the four short-listed developers is John Holland, which is owned by China Communications Construction Company.

Property Council of Australia SA Executive Director Daniel Gannon said the Royal Adelaide Hospital site on one of the city’s major roads and backing on to the River Torrens was “without any doubt Australia’s single most exciting development opportunity currently on offer”. “That sort of mixed use development opportunity is obviously highly appealing to a whole range of domestic and international investors,” he said. Gannon said recent South Australian tax reforms would reduce stamp duty on non-residential property transfers by 30 per cent. He said this would mean stamp duty on a $5 million piece of commercial land would be slashed by about $90,000. “That decision will shine a bright green light for potential domestic and international investors … suddenly people are paying attention to South Australian business and investment opportunities perhaps for the first time in a long time.”

“If it increases the potential to attract investors who don’t currently have a footprint in South Australia then that’s good news.” Major lots totalling 40ha in the heart of Port Adelaide – pitched as the last undeveloped port waterfront ­in Australia – including 4.2km of waterfront promenade across six precincts have undergone an expressions of interest process with the successful developers expected to be announced in early 2016. South Australian Planning Minister John Rau said the port project – about 14km northwest of the Adelaide CBD - could attract up to $2 billion of investment for the state.“Port Adelaide is a waterfront precinct with unrivalled redevelopment potential - offering developers the opportunity to reimagine Australia’s last major undeveloped port waterfront,” he said.

The six Port Adelaide precincts, ranging in size from 7700sq m to 19ha include a mix of zones for medium density housing up to five-storeys, commercial, hospitality and tourism precincts and land for education and light industrial use. Renewal SA, the state government department responsible for selling off surplus public land, released an “Urban Renewal Prospectus” earlier in the year detailing plans of its biggest series of sell-offs since it was formed in 2012. Renewal SA Chief Executive John Hanlon said all of the major expressions of interest released this year had been widely promoted and generated a very strong response from the market.“Senior Government representatives have taken part in a number of overseas delegations, including to China and Malaysia, to promote the development opportunities and attract investment into South Australia, as well as to raise Adelaide’s international profile,” he said. “Adelaide offers a quality of life that is second-to-none, and unlike our counterparts on the eastern seaboard, has many opportunities for urban renewal that can represent good value.” 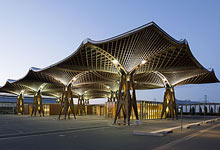 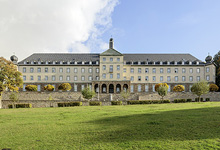 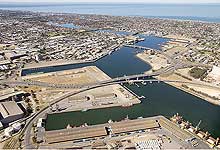 A New Global Benchmark in Sustainability 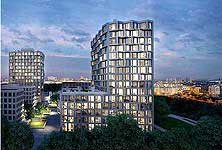